THE OLYMPICS OF THE REAL NEAPOLITAN PIZZA 2022 CLOSED: ITALY DOMINATES, FOLLOWED BY TURKEY AND POLAND. EXCELLENT PERFORMANCE IN MALAYSIA AND BRAZIL 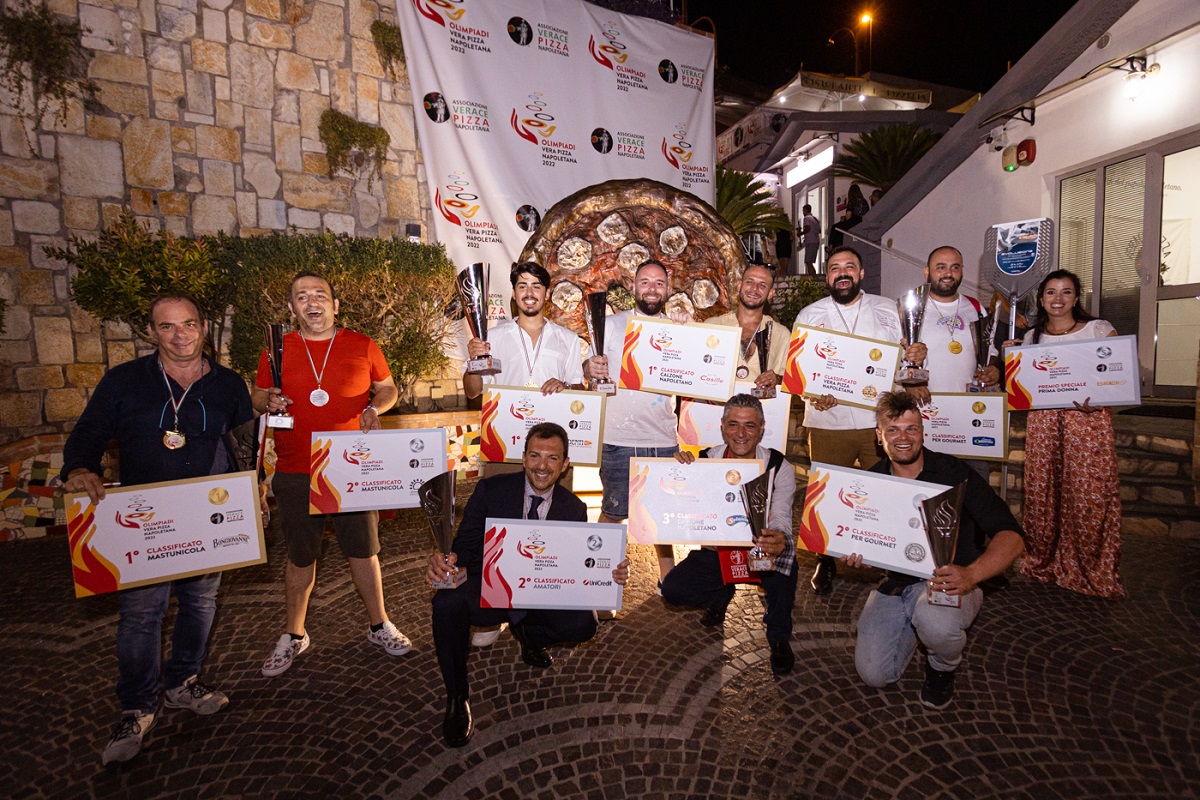 THE LIGHT BLUES WIN GOLD IN THE NEAPOLITAN CALZONE, FRIED PIZZA, MASTUNICOLA AND REAL NEAPOLITAN PIZZA CATEGORIES. TURKEY SURPRISE THAT WINS THE CATEGORY FOR GOURMET. TRIUMPH FOR POLAND AMONG AMATEURS.

A lot of Italy, but also Turkey and Poland on the final podium of the medal table of the Real Pizza Napoli Olympics, which closed yesterday in Naples, at the headquarters of the Associazione Verace Pizza Napoletana. The Italian team therefore won the Surace Nations Trophy, Lello placing first in the Calzone Napoletano, Pizza Fritta, Mastunicola and Vera Pizza Napoletana categories. Surprise in the Per Gourmet category, where Turkey, by conquering gold, also secures second place in the general classification, leaving Poland in third place. The growth of companies such as Malaysia and Brazil is interesting. The goodness of the Polish school is confirmed, which wins the Olympic bronze in the team classification.

"Italy confirms its leadership - commented the president of AVPN, Antonio Pace - but it was nice in these days to deal with the rise in the level of the art of pizza in the various participating countries. There are many delegations that have proposed very high standard pizzas. We like to underline that in many cases it is a matter of reality, first of all Poland, where AVPN has been promoting and spreading the passion for True Neapolitan Pizza for years. "

The list of special prizes is also interesting: the Alfredo Fico Jr. award, awarded to the youngest of the members, was won by Diego Santucci, seventeen years old from Naples. The trophy for the competitor with the highest mileage recorded the victory of Gonzalo Garay Varo, who with his journey from Rancagua, Chile, totaled the beauty of 12038 km to reach the AVPN headquarters in Capodimonte; while that for the first woman classified went to Federica Mignacca who, ex aequo with Salvatore Santucci, also won the coveted prize for best baker.

The results were unveiled during the big party closing show of the Games, Pizza con le Stelle. Evening hosted by Veronica Maya, a well-known face of RAI, and which saw, among other things, a very tasty challenge between six teams representing the golden sponsors of the True Neapolitan Pizza Olympics:

"A beautiful party - concludes President Pace - which culminates in an event that has the merit of placing pizza at the center of an international stage, all enriched by the unveiling of the Celebratory Work of Neapolitan Pizza and the Art of Pizzaiuolo Neapolitan, created by Maestro Lello Esposito, the first monument in the world dedicated to a typical dish, which will certainly become an attraction for tourists in transit in our city. AVPN's activities continue in the wake of our mission which increasingly involves promotion and the dissemination of the True Neapolitan Pizza in all continents. "

The complete medal table of the Real Neapolitan Pizza Olympics:

Outside the medal table, by category AMATEUR: